During the 2017 election campaign, New Zealand First leader, and soon-to-be deputy prime minister, Winston Peters promised to provide free eye health tests for the over 65s. Nearly $13 million, rising to $61.7 million a year from 2021/22, was earmarked as part of the health allocation in the 2020 budget, but little detail and no start date were given.

At the time Professor Steven Dakin, head of the School of Optometry and Vision Science (SOVS) at the University of Auckland, and a key member of the New Zealand eyecare professionals group, Eye Health Aotearoa (EHA), said it was an important initiative because checks lead to far earlier detection and treatment, allowing patients to retain far more of their vision and thus quality of life. “I just hope the government gets the testing right and consults with clinicians and sight charities about what tests are needed.” 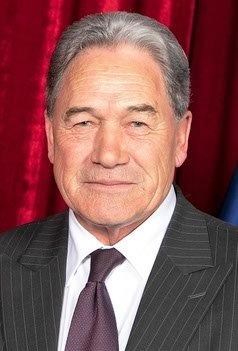 Prof Dakin’s concerns turned out to be warranted. In October 2020, it became apparent those long-anticipated annual eye checks for seniors had been watered down to a GP nurse-led age-related macular degeneration (AMD) check, demonstrating to ECPs across the country how little the government knew when it came to eye health, with most EHA members saying they hadn’t even been contacted, let alone consulted on the plans.

Offering the country’s 750,000 SuperGold cardholders an AMD check alone would give them a false sense of an ‘all-clear,’ with other sight-threatening conditions potentially remaining undetected, said Prof Dakin at the time¹. While glaucoma specialist Professor Helen Danesh-Meyer, chair of Glaucoma New Zealand (GNZ), also a key EHA member, said if the government went ahead with this, it was a complete wasted opportunity. “GNZ has always advocated that the most appropriate place for screening is optometrists. Optometrists are highly skilled at identifying the whole spectrum of eye diseases, especially in New Zealand. The key point about glaucoma, which this policy seems to have lost sight of, is that glaucoma can be diagnosed in the asymptomatic stage, so these glaucoma suspects will gain the most from a screening check.”

Clare Perry, the Ministry of Health’s deputy director-general health system improvement, assured NZ Optics that members of Eye Health Aotearoa were consulted, albeit late in the planning. “They raised concerns that the level and type of assessment that can be undertaken in general practice would provide little benefit. EHA’s view is that it would be more effective for assessments to be undertaken by optometrists with referral directly to ophthalmologists.” 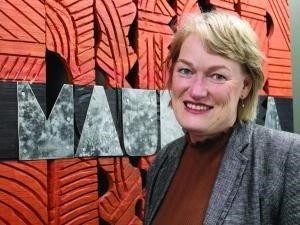 However, John Mulka, chief executive of Blind Low Vision NZ and, at the time, interim chair of EHA, disputed that. “EHA was not formally consulted. While it is true that the rumoured test – a quick vision check by a GP – would, as the government put it, ‘be of limited benefit,’ a properly designed and funded eye examination for older Kiwis would lead to earlier detection of a range of sight-threatening conditions, which would in turn help to save the vision and improve the quality of life of many thousands of people.

“EHA has been active in this area over the last two years; for example, commissioning a rapid review of senior vision-testing schemes around the world to see what works best. Our efforts to engage with government on this matter – to help come up with a good test – have been ignored at all levels,” he said. 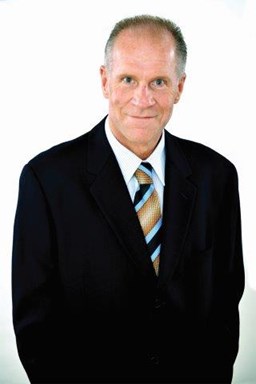 In November 2020, Monique Burrows, acting deputy director-general, Health System Improvement and Innovation, assured EHA that, “We will be sure to contact you to discuss this initiative when we are in a position to do so.” But MoH subsequently failed to respond to EHA’s requests to set a date for any discussion. Thus, seemingly consulting no-one but itself, the government scrapped the last vestige of a free eye check without saying a word².

“To see the idea of a test dropped into the ‘too hard’ basket following no significant engagement with ophthalmology or optometry represents a huge missed opportunity to take steps towards fixing a national eye health system that is demonstrably failing so many,” said Mulka. “It’s hard to escape the conclusion that either the government is complacent about vision loss among its most vulnerable citizens or that eye health occupies a blind spot for New Zealand policy makers. Either way, we are all being failed by this approach.”

Speaking in parliament in July 2021, National’s health spokesperson Dr Shane Reti said, “Labour doesn't care about older people. We know this from the budget a few months ago, where, callously, the free over-65s GP visit and eye check was cancelled. Clearly, the government wants everyone to be like them: not well and with no vision. This $185 million of funding for older people cancelled wasn't even in the ‘Speech from the Throne’, and yet older people were cast aside for a cycle bridge over Auckland harbour.”

Defending the government’s withdrawal of free eye checks for seniors, Perry said, “There are a number of existing schemes that benefit older people who need assistance with the cost of healthcare, including eye health. Access to low-cost general practice care is available to those aged 65 and over through the Very Low Cost Access and the Community Services Card schemes. High Use Health Cards are also available, as are prescription subsidies for people requiring 20 or more prescriptions per year.”

The MoH also claimed Covid-19 was at least partly responsible for sapping funding, including for eye checks. “In Budget ‘21, funding was allocated to support the current government’s priorities, including a wide range of aged-care priorities. This is in addition to the ministry redirecting significant resources to meet the challenge of the global Covid-19 pandemic,” said Perry. Covid might be a convenient government scapegoat given a June 2021 report by Reuters³ stating that New Zealand has weathered the pandemic far better than most countries – 2021’s Q1 gross domestic product (GDP) actually rose 1.6%, beating all estimates, and annual GDP was up 2.4%, well ahead of forecasts.

Perry did offer a glimmer of hope for the future, however, saying that the district health board reforms will review all funding models. She could not provide any further information at this stage, she added.

Despite this large setback, New Zealand’s eyecare professionals and some members of parliament, who understand the importance of this area, continue to lobby the government to follow Australia’s lead in conducting a national eye survey. Australia is actually embarking on its second national eye survey this year, five years after its last survey, which will include nearly 5,000 Aboriginal and Torres Strait Islander peoples as well as non-Aboriginal Australians, plus a hearing-loss component.

New Zealand’s lack of eye health data means we are falling behind other countries in combating preventable blindness, said Mulka. “New Zealand is long overdue its first national eye health survey. Vision loss can have a devastating impact on people’s lives… Right now, we don’t even know the scale of the problem. A national survey will close the gap in the evidence base and provide up-to-date prevalence rates on blindness and low vision for Māori, Pasifika and other New Zealanders.”

Dr Reti said, “In campaign 2020, in consultation with eye specialists, I proposed an eye health survey. I queried the (health) minister on this point and he said they were told there were not significant benefits to the whole programme and so it was cancelled. We just didn’t get over the line to be in government where I could implement that and the $3m I put aside (for an eye health survey).”

In February 2021 EHA launched an open letter petition addressed to the health minister Andrew Little, calling on the government to fund New Zealand’s first National Eye Health Survey (NEHS) and to “show leadership by making eye health count in the next parliamentary term.” The petition would be presented to the health minister at the earliest opportunity, said Mulka. At the time of writing the petition had 443 signatures*.

A survey of adult residents of Glen Innes, Panmure and Ōrākei started in mid-July 2021 as a precursor project for a planned larger study by the School of Optometry and Vision Science (SOVS) which is still to obtain funding. Led by Associate Professor Jacqueline Ramke the study unearthed worrying results including serious eye disorders, such as retinal tears and severe cataracts, lending strength to some ECPs’ off-the-record assertions that the government doesn’t wish to do a national eye health survey because it knows the findings will be bad and it will be obliged to find the resources to address them.

At the time of writing, funding had still not been approved for a national survey and there was little evidence it was even being discussed by the current government, but Prof Dakin and other members of the SOVS research team were hopeful the pilot study’s results would help inspire the will to do better. 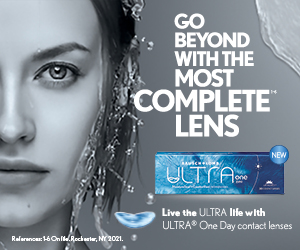 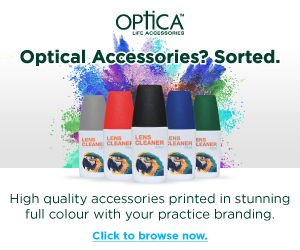 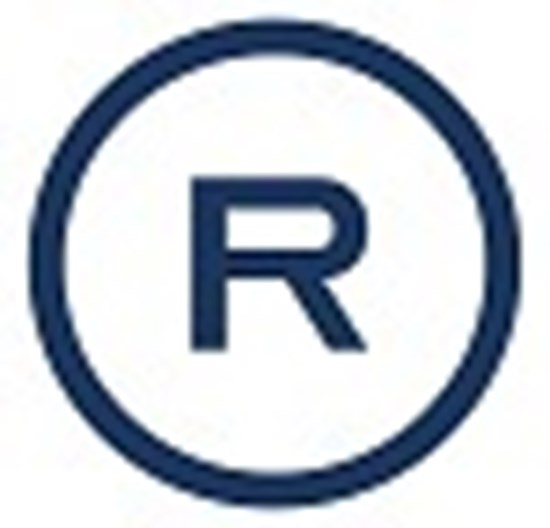 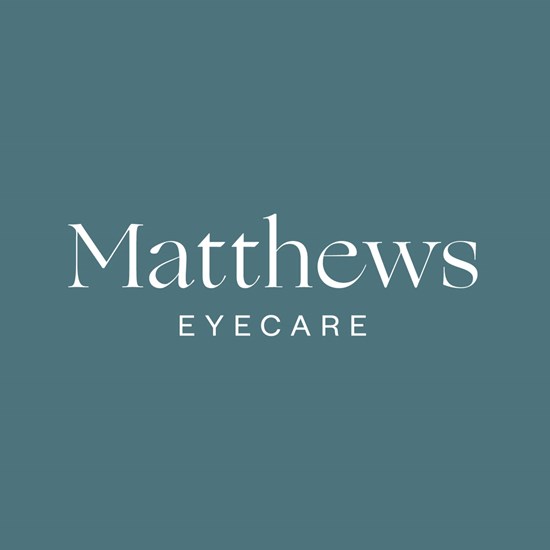